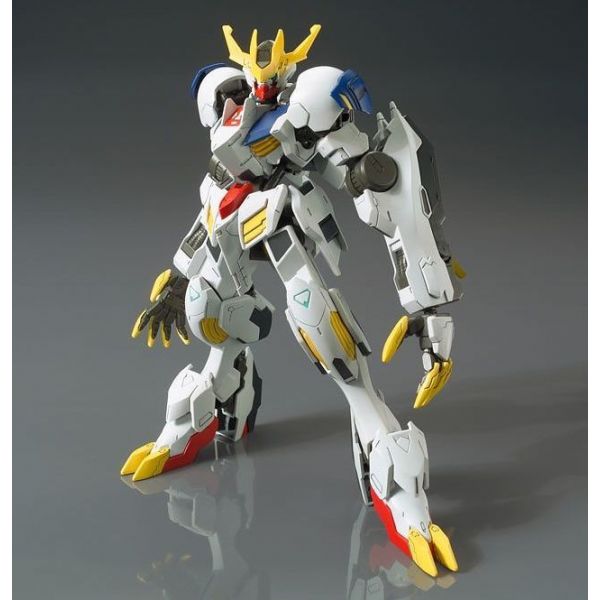 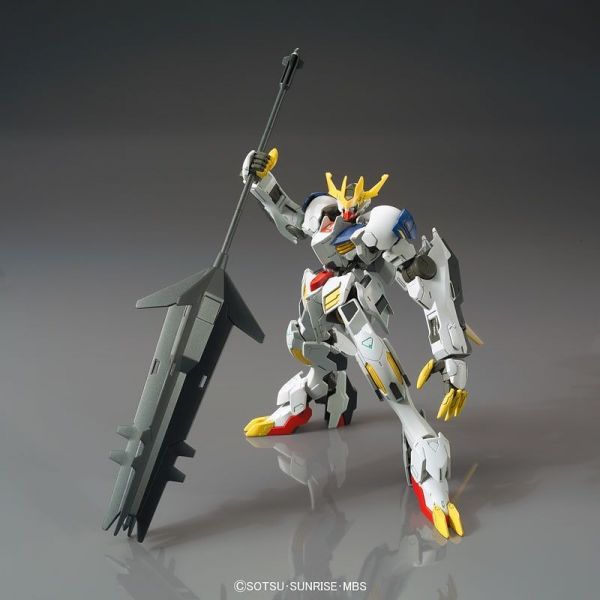 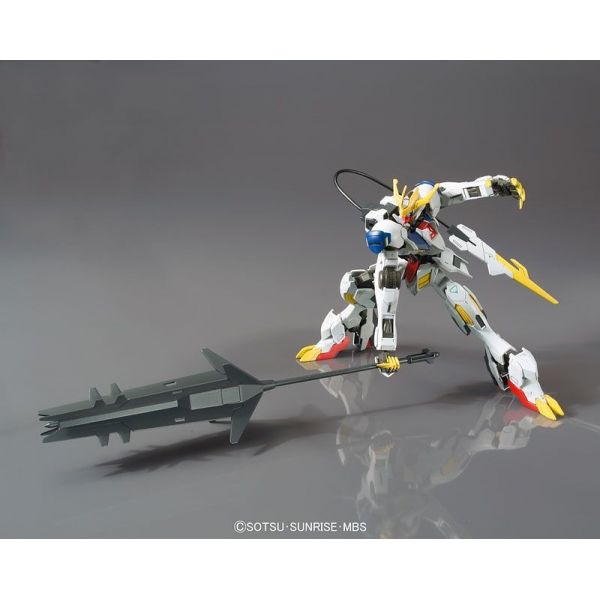 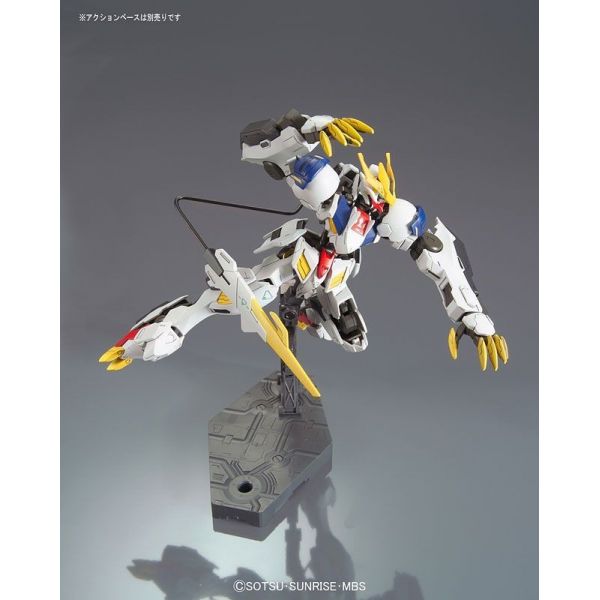 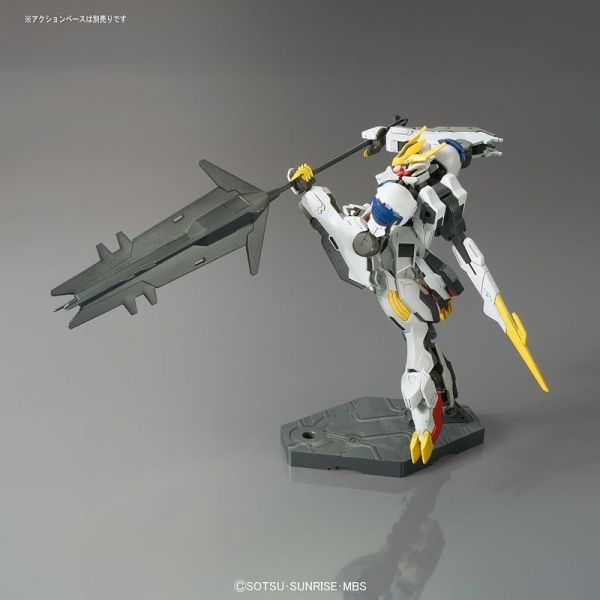 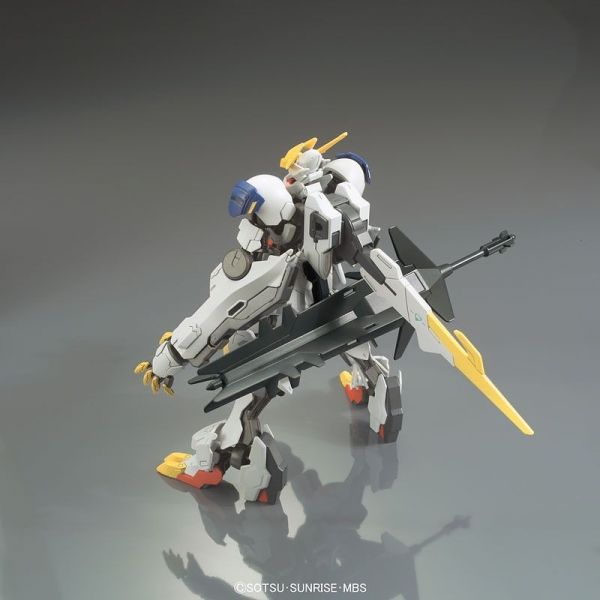 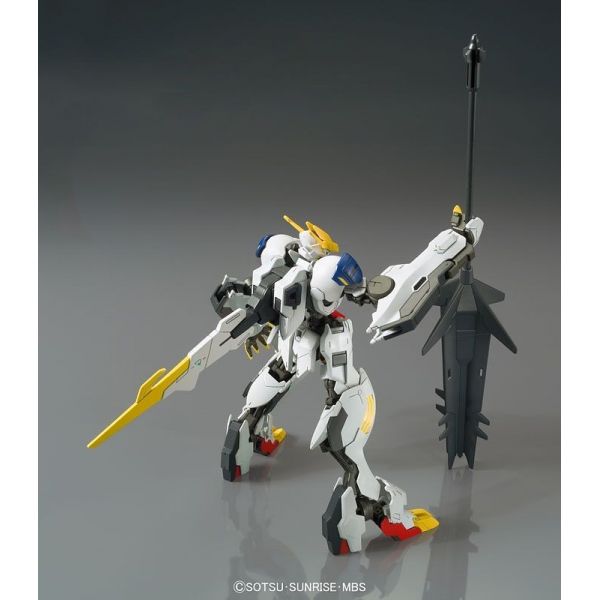 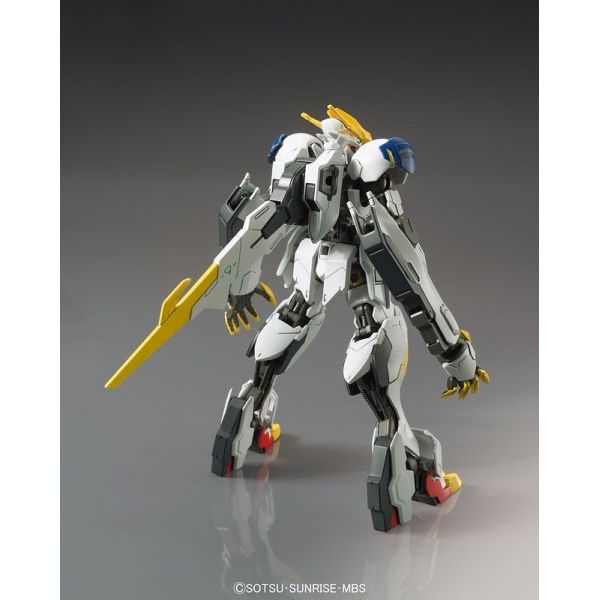 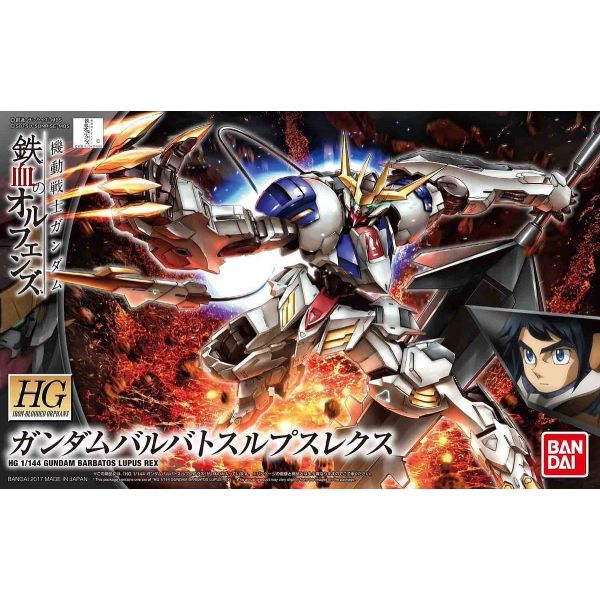 The Barbatos' new form from the second season of "Mobile Suit Gundam: Iron-Blooded Orphans" will be an excellent addition to your lineup! It's equipped with its immense mace, which can have the grip shortened so it can be worn on the robot's waist; extra pairs of hands are also included. The tail blade is attached with posable lead wire, too!

The ASW-G-08 Gundam Barbatos Lupus Rex is the main mobile suit featured in the second half of Mobile Suit Gundam Iron-Blooded Orphans second season. It is piloted by Mikazuki Augus.

The Gundam Barbatos Lupus Rex was first seen in combat during Tekkadan's attack on JPT Trust, a Teiwaz subsidiary headed by Jasley Donomikols. It easily dispatched the latter group's mobile suits and ended the battle by destroying the bridge of his ship with the Ultra Large Mace, killing Jasley.

It was later sent to Earth to assist in McGillis Fareed's coup of Gjallarhorn, and played a role in disabling the mobile suits at the organization's headquarter. It then engaged the ASW-G-XX Gundam Vidar in the headquarter's basement. Initially, Gundam Barbatos Lupus Rex had the edge over its enemy, but they fought on more equal terms when the Gundam Vidar's Alaya-Vijnana Type E was activated. The fight stopped after ASW-G-01 Gundam Bael's intervention, and Gundam Vidar retreated back to space.