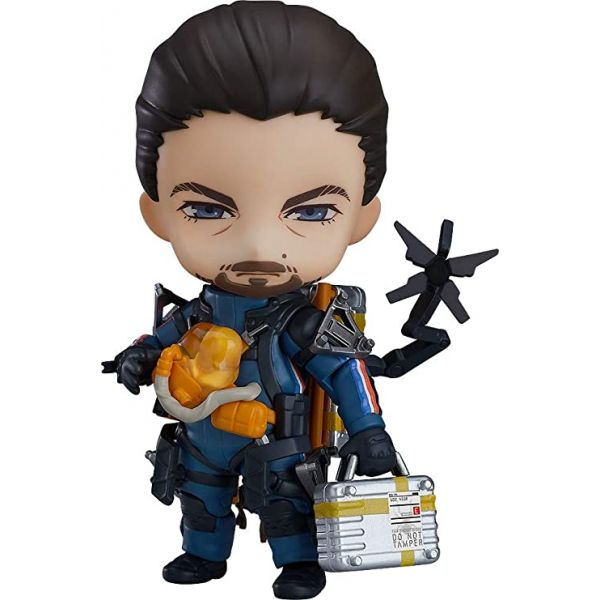 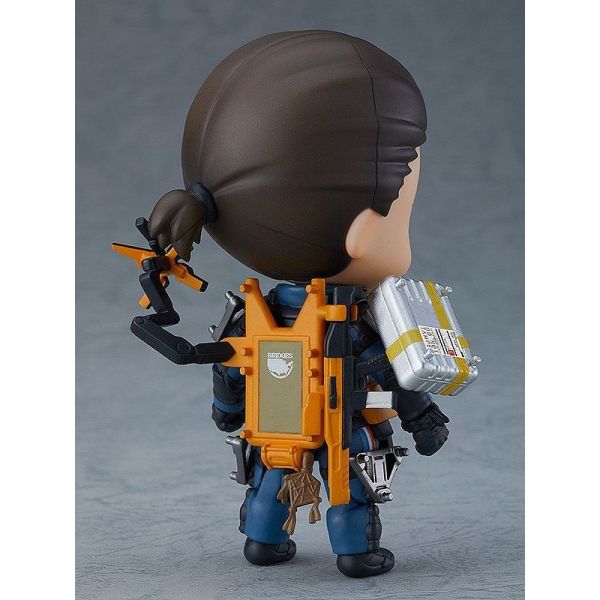 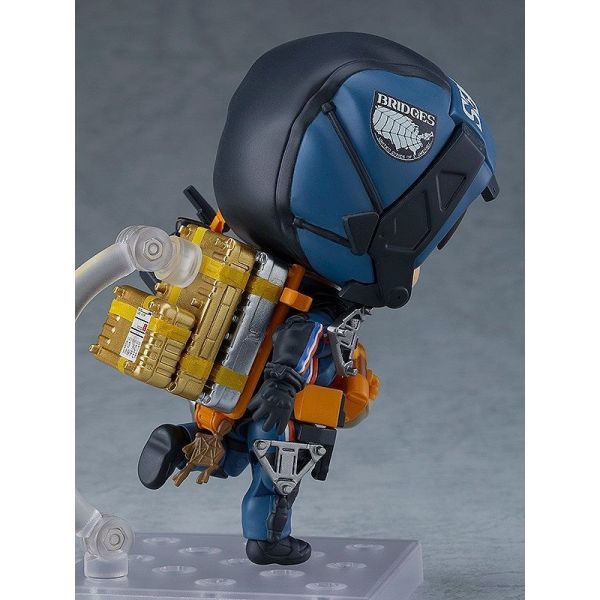 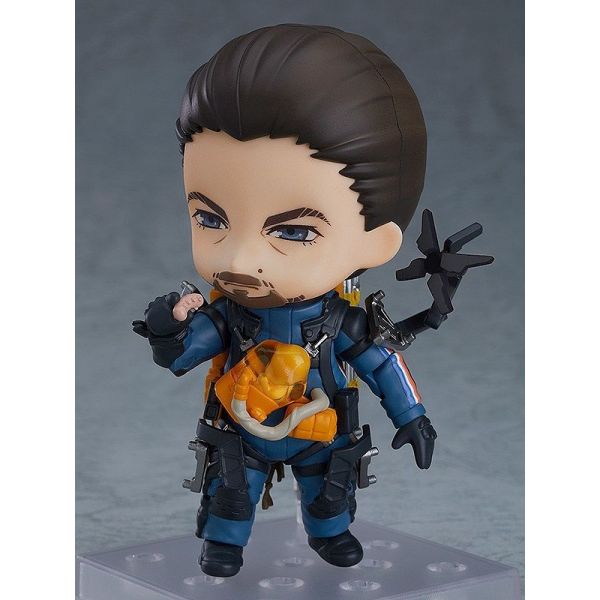 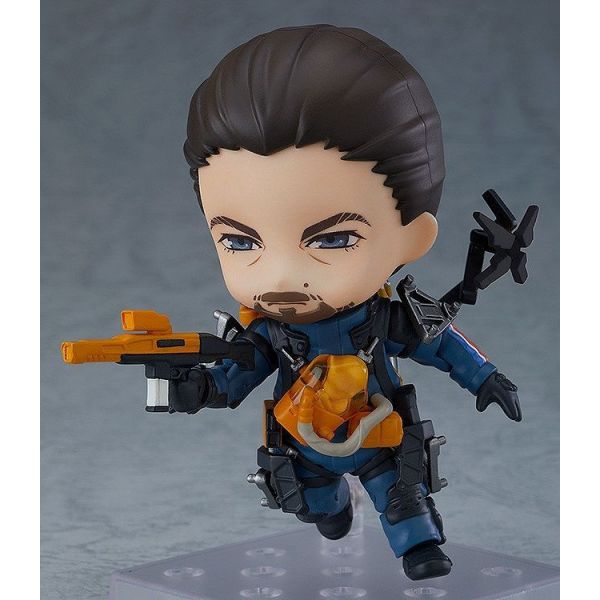 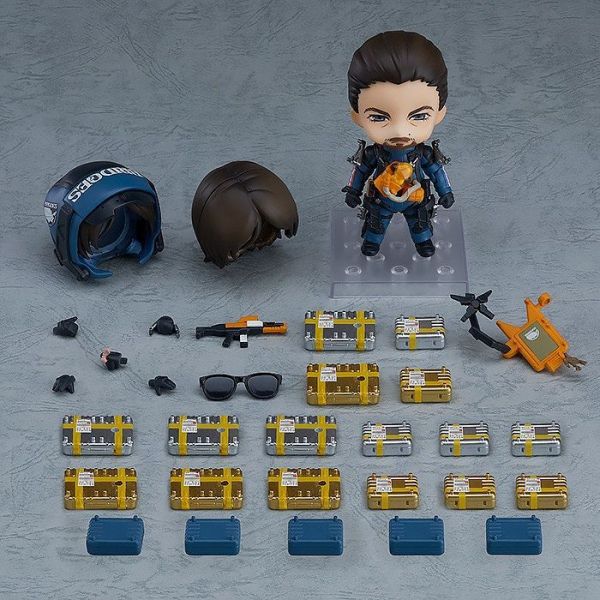 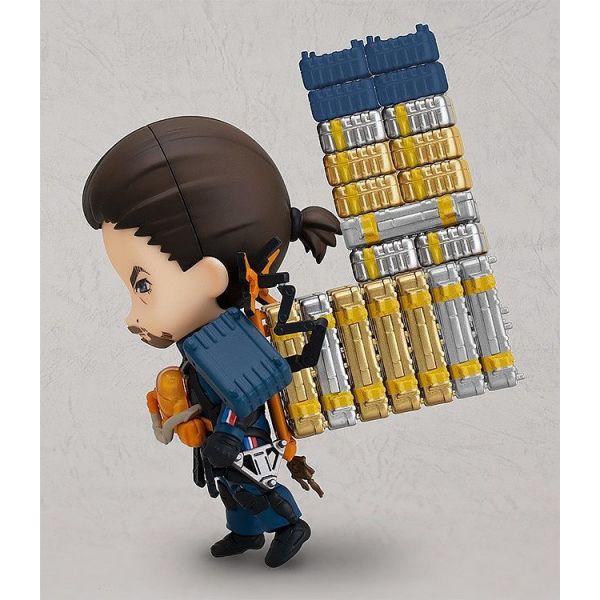 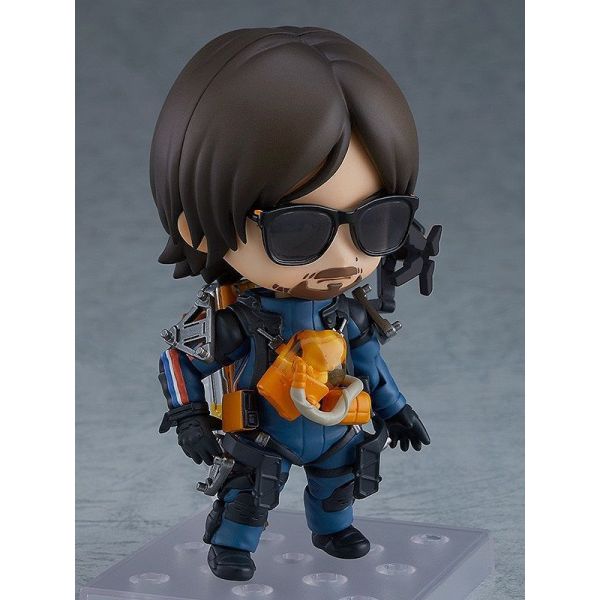 The Great Deliverer DX version of this fully articulated Nendoroid features detailed recreations of Sam's equipment from the game. With the use of special modeling techniques, a tiny version of BB has also been faithfully recreated within Sam's BB Pod.

Sam's ever-important Odradek Terrain Scanner features several points of articulation, allowing you to easily change its position to match his pose. He can also be posed holding a Cryptobiote (yum), allowing you to recreate scenes of him restoring his blood gauge while out on a delivery.

In addition to his tied back hair style, two extra head parts are also included: one to display Sam with his hair down as well as one to display him with his hood up to protect from the Timefall effect of rain in the world of Death Stranding. A pair of sunglasses that can be attached to his hair-down head part are included as well. Enjoy displaying Sam delivering a tower of cargo cases right on your own shelf or desk! Be sure to add the palm-sized porter to your collection!

The website was clear and easy to make a purchase from. The item arrived as advised and well packaged.
It’s was an excellent purchase price too.
My experience was all positive and I will use Kikatek again. Lesley Day